I think everyone has it wrong, Donald Trump has an Exit Strategy. Donald Trump has never wanted to be president. He has wanted the notoriety of running for the presidency but never the responsibility of the office. He has wanted the attention and to be placed on the same stage as those who would assume the office but he never assumed that he could win the office. Donald Trump’s ego forces him to seek the stage, the limelight but he could never risk not winning. If Donald Trump loses in a ‘fair’ fight or election, it would diminish his brand. Donald Trump could never have that.
Indeed, Donald Trump has expanded his domain. He has expanded the Trump brand. His brand is bombast, entitlement, pugnacious temperament and an air of never retreating from a fight. He has acquired a constituency of older white men who will forever be in his debt for making them feel empowered and in the right, as they see ‘their America’ fading due to a relentless demographic change in the American landscape. They will forever buy the Trump brand of goods for the ‘virile,’‘powerful’ man. Trump Cologne, Trump clothing, Trump real estate, golf course membership and so on.

Donald Trump has succeeded in positioning his business interests among those who he feels will continue to support him and purchase his goods and services for the foreseeable future. The Trump business empire will expand. Watch for the announcement of his next reality television show and see how the networks and cable television executives will fawn over him and enter into armed combat with each other for the ‘privilege’ of producing his show. The network executives will assume that his ratings will be beyond belief because, that older white male demographic will be sure to tune in. The ratings will be ‘HUGE.” Brilliant!
Trump has succeeded in capturing an entire constituency of the Republican Party. Notice you don’t hear much about the Tea party these days, to the chagrin of Ted Cruz and others. We now have the Trump wing of the Republican Party. He could be a Kingmaker. He now has political power to go along with his considerable social media and traditional media acumen. Trump knows how to manipulate the media and expertly leverage the combination of media and political power. We have all been seduced and co-opted by his magnificent illusion. Watch how many of the Republican candidates come to kiss his ring as they mount a bid to become the 45th President of the United States. Trump has won! Regardless of which party wins the White House, Trump will have a voice and a seat at the table because he has his following. I repeat, Trump has won.
Now he has to escape the birdcage of campaigning. Trump has repeatedly stated that he would consider running as an Independent if the Republican Party did not “treat him fairly.” He has now artificially created a crisis of American identity by proposing the unfair and unconstitutional premise of barring Muslims from entering the country. Trump in one fell swoop has coalesced the opposition to him by every candidate and the entire Republican leadership establishment. I guess he will consider this as ‘unfair treatment’ and decide to pick up his marbles and leave the candidate stage. 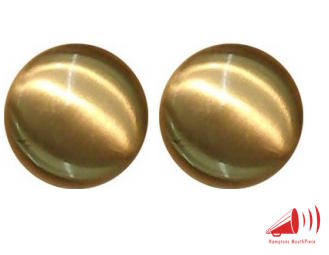 The Exit Strategy is revealed. He will threaten an Independent run but will decide against this for the ‘good’ of the party; only to remain in the conversation as an outside element. A VERY powerful position that he will be able to continue to drive the conversation and terms of this election. If the Democrats win he will assume no blame because it will be another candidate’s loss. If the Republicans win, he will assume some of the responsibility for victory for having the ‘brass appendages’ for creating the environment for success. The Republican president will owe him favors and he will have unprecedented access. Trump wins.
We have all been witness to the genius of Donald trump. I am very impressed. 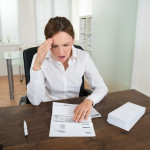 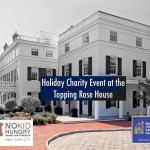