Popular Hamptons Plant will be limited this Season 2013....Greetings Hamptons Mouthpiece readers spring is buzzing in the Hamptons and the Daffodils, Cherry Blossoms and Tulips will be blooming soon. The trees will be budding and those who suffer with allergies to pollen will be living in pure hell. I love this time of the year minus the swollen eyes, tearing, stuffy nose and headaches all due to the pollen from the trees . The Burst of color is so beautiful and I can’t wait to see the Acelas in bloom. 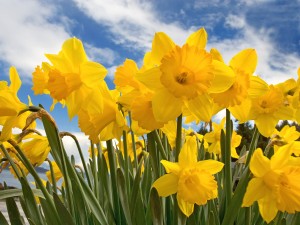 You should of course remember to replace your air filters inside, you can order them online (for example: FilterBuy AFB Silver MERV 8 16x25x1 Pleated AC Furnace Air Filter, (Pack of 4 Filters), 100% produced in the USA.) It’s essential you do this regularly, not only to reduce power consumption, but to increase your snuffling quality of life. Additionally, you can check out this video I found on YouTube for a natural treatment to avoid the runny nose, puffy eyes and pollen allergy this season…I cannot wait to try it out…It’s just lemon and honey…2 of my favorite ingredients..

Popular Hamptons Plant will be limited this Season 2013…Earlier in March 2013 I had an opportunity to speak with Phil & Diane Bucking the owners at the Sag Harbor Garden center and we spoke about what was the big news about plants this year. Phil told me that most green houses in Long Island will not be growing a Hamptons favorite plant the traditional Impatiens this year or for a couple of years, because the downy mildew disease a fungus-like algae has infected many of the greenhouses in Long Island. The downy mildew affecting Impatiens plants is called Plasmopara obducens. It spreads rapidly, under the right conditions, and once infected, there is no cure. The Downy mildew disease is caused by oomycetes or water molds. It is a disease that can stay in the soil for 3 years, even if you plant fresh ones every year because the soil is infected. This however only affects the traditional Impatiens and the Double Impatiens. You may still be able to find some traditional Impatiens but they will be limited this year at least at NY Garden centers.

According to an e-Grow Alert by Nora Catlin, Floriculture Specialist, Cornell Cooperative Extension of Suffolk County, the following types of Impatiens are susceptible to downy mildew.

Hamptons Mouthpiece Readers there you have it…traditional Impatiens are very popular here in the Hamptons, but due to this nasty fungus you may have to seek other alternatives to replacing your favorite plant, the New Guinea Impatiens, SunPatiens, Pogonia’s are beautiful alternatives and will give you that shock of color to replace the traditional or double Impatiens plant this year. 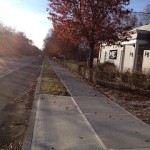 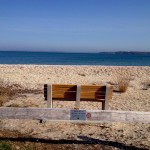 Where is the sand at Long Beach