“Montauk, NY, Hamptons Happening”…Shark’s Eye, Montauk’s Revolutionary fishing Tournament. Montauk is known for its surfing, fishing and fishing tournaments. People from all over the world vacation in Montauk just to fishing. On Saturday July 27th and Sunday, July 28th some of the foremost research scientists in the country will come to Montauk for “The Shark’s Eye, Montauk’s first Satellite tag and all-release fishing tournament hosted by Montauk Marine Basin”, this will be a two-day festival for sport, science, conservation and education. All sharks caught in this tournament will be released – circle hooks only. If you have always wanted to experience shark fishing in a different location but you are unable to attend this tournament to do so, then why not have a look at these FKF Charters, located in Key West for further information about the charters that they have on offer. From shark fishing to tarpon fishing, there is something for everyone, so don’t hesitate in checking it out if you’re in the area. This amazing event is being led by “Montauk Marine Basin owner, Carl Darenberg.

A REVOLUTIONARY CHARITY FISHING TOURNAMENT TO SAVE SHARKS

This event will be joined by country music sensation Colton James, and folk music star Caroline Doctorow & MariGrace Dineen. They will be performing at the outdoor stage at Gosman’s famous seafood dock on Saturday night, July 27, from 5 to 9 p.m. The outdoor concert is free. On both days, Brooks and Sean Paxton, A.K.A. “the Shark Brothers,” will provide exciting informational and educational forums under the tent at Montauk Marine Basin. Brooks and Sean directed the Guy Harvey Ultimate Shark Challenge in Florida, another shark conservation fishing tournament. [button color=”blue” link=”http://www.marinebasin.com/?id=sharkseye1&doc=web_pages.html” size=”medium” target=”_blank” font=”tahoma” align=”center”]Click here for Film &Music Festival tent activities[/button]

The public will hear a plea for shark preservation from Scott Curatolo Wagemann, a Cornell Cooperative Extension scientist and shark attack survivor! Booths under the tent will host the Guy Harvey Ocean Foundation, OCEARCH, and the Riverhead Foundation for Marine Research and Preservation. It’s all for the public to better understand the vital work that these organizations are doing to bring back the large sharks and other species that once flourished in our waters. Four sharks will receive satellite-tracking tags during the two-day all release tournament. Three anglers will name three sharks. The 6th Grade class at the Montauk school will name a fourth. The public will then be able to follow these fish online via OCEARCH Global Shark Tracker, the most-followed shark tracking site and app in the world — provided free of charge! Dave Bofill Marine and White Water Marine will provide chase boats with the scientists to tag the sharks. And Mustad — the best-selling hook on the planet — will provide circle hooks. The Guy Harvey Ocean Foundation is providing $10,000 in cash prizes and renowned artist April Gornik has donated an original work of art for the winner. In addition to the boat team competition, the public can be in the action as an official Tournament Observer.

Today the great apex predators of the ocean face extinction, and so do the charter boat captains who catch them.That’s why Carl Darenberg, owner of Montauk Marine Basin, artist April Gornik, and the Concerned Citizens of Montauk, working with the Montauk Boatmen, Inc., the Montauk Chamber of Commerce, Guy Harvey Ocean Foundation, OCEARCH, the Shark Brothers, and Mote Marine Laboratory are proud to present Shark’s Eye.All sharks caught in this tournament are released and only circle hooks are used. Eligible mako, thresher and blue sharks are fitted with satellite tracking tags, which monitor their movements after release. The anglers who catch them get to name three tagged sharks, and a fourth is named by Montauk school children. The public is able to follow these fish online via the OCEARCH Global Shark Tracker.

In 1951 a young Frank Mundus settled in Montauk and got the idea to offer charter fishing for sharks. Nobody paid much attention to him. But by the time Mundus and team harpooned a 4500 pound great white, in 1964, anglers were paying serious attention, as well as a writer named Peter Benchley. The movie “Jaws” was released in 1975 and everybody wanted to come to Montauk to go Monster Fishing for sharks. Big money tournaments started to take hold.

Cut to the late 1990’s, when disturbing videos started to appear. Sharks were shown being finned alive by foreign commercial fishermen. They were being killed not by the thousands, but by the millions, to provide fins for shark fin soup for the growing Asian market. Shark populations started to decline, and by the mid 2000s were no longer sustainable.

To ensure a highly competitive, exciting and informative event for both anglers and the general public, in addition to satellite tagging of certain fish, a system of best practices and modern catch and release protocols have been engineered into this tournament format to maximize the post-release welfare and survivability of all sharks caught during this competition. These methods include the mandatory use of inline circle hooks to help prevent internal hooking, heavy tackle and line strengths to reduce a shark’s time on the line, and other specific handling procedures designed to ensure angler safety and healthy shark releases. Anglers and Observers will receive personal training on these methods, prior to competition.

All profits from the two-day event will go to the Montauk Boatmen (MBI), the Montauk school, the Montauk Chamber of Commerce and the Concerned Citizens of Montauk (CCOM). 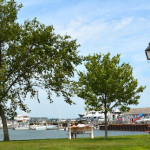 Happenings in the Hamptons in July 2013 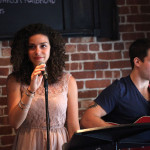 Live Music at Madison and Main